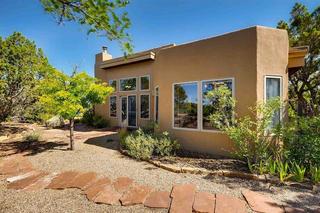 The Nichols home in Santa Fe...

Jim Nichols, his wife Anne and Jesse the Flat-coated retriever split their time between Warren, Maine and Santa Fe, New Mexico. Jim has published work in many venues, including Change Seven, december, Esquire, Zoetrope ASE, Narrative, Night Train, River City, elimae, The Clackamas Review, American Fiction Vol.9, Germ and Portland Monthly. He is the 2014 winner of the Curt Johnson Prose Award for Fiction (december magazine), a past winner of the Willamette Fiction Prize and a prize winner in the River City Writing Awards. His collection Slow Monkeys and Other Stories was published in 2003 by Carnegie Mellon Press and his novel Hull Creek appeared in April, 2011. A novel-in-stories called Closer All The Time, was published in 2015 by Islandport Press and won the 2016 Maine Literary Award for Fiction. His new novel is called Blue Summer and will be appearing in September, 2020. 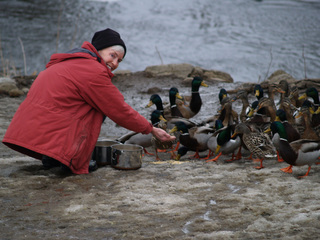 Anne and her flock 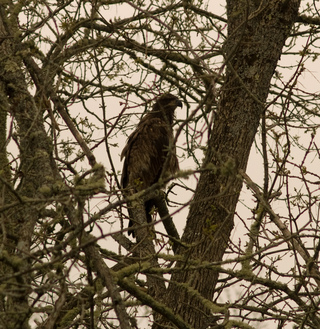 Young eagle across the river... 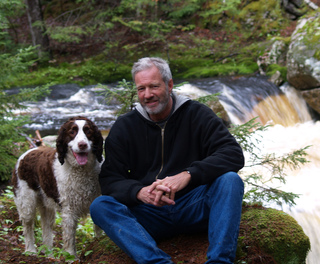